Drink a Bit Too Much Caffeine This Morning? Here's How to Keep Calm 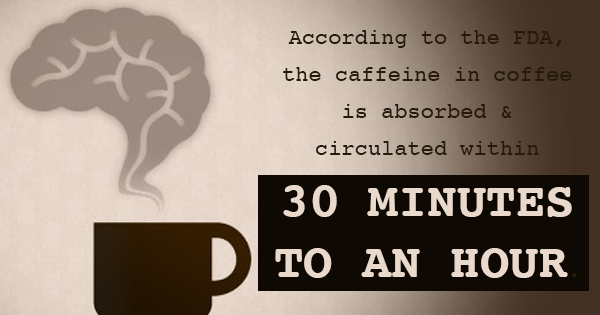 Here are just a few top ways you can calm down and get back to work if you've had too much coffee.

According to the FDA, the caffeine in coffee is absorbed and circulated within 30 minutes to an hour; its effect can last up to six hours. Coffee enhances the energy levels of your brain, improving concentration and memory retention, leading to better cognitive performance. And even though there are countless health benefits of coffee and tea, it's certainly possible to overindulge, leaving you feeling a bit jittery and restless. But don't worry -- there are several ways to combat your caffeine intake and get in the right mood to be productive. Here are just a few top ways you can calm down and get back to work if you've had too much coffee.

About 46% of U.S. workers say coffee helps them stay productive at work, but drinking too much can make you a bit jittery if you're not careful. The first step to calm back down is to drink water and rehydrate yourself. While water won't exactly dilute the amount of caffeine in your body, it can help to combat the symptoms that come with being over-caffeinated. That being said, if you're experiencing dizziness, nausea, or heart palpitations, grab a bottle of water and drink away.

If you're looking for a treatment that will be a bit more effective, consider drinking a cup of tea, which contains the amino acid L-theanine:


"Theanine has been found to produce a calming effect on the mind and is frequently paired with caffeine as a study aid. A 2007 study found that theanine reduced people's stress responses, including their heart rate. A similar study, done in 2012, found that theanine helped control blood pressure during a stress test," writes Bethy Squires on Vice.


According to the 2017 National Coffee Drinking Trends report, 62% of respondents said they had drunk coffee the previous day. That being said, even the most seasoned coffee-drinkers may feel a bit over-caffeinated at times, and these tips can help you find the right balance and stay productive. For more information about purchasing coffee or tea for your business, contact American Coffee Services.

Can Coffee Pods Be Environmentally Friendly? Yes they Can
Drink a Bit Too Much Caffeine This Morning? Here's How to Keep Calm
Five Ways to Upgrade Your Hotel's Breakfast
We Bet You've Never Thought of These Creative Ways to Reuse Coffee Grounds
Choosing an Office Coffee Provider? Some Tips to Keep in Mind
Coffee Vs. Tea: Is One Better Than the Other?
Why Get Coffee Delivered to Your Office? Here Are 3 Compelling Reasons
Here's Why You Should Make Teatime Part of Your Daily Morning Work Routine
3 Tips to Stay Healthy and Cut Calories During Caffeine Consumption
3 Surprising Tips to Make the Most of Your Daily Coffee Consumption